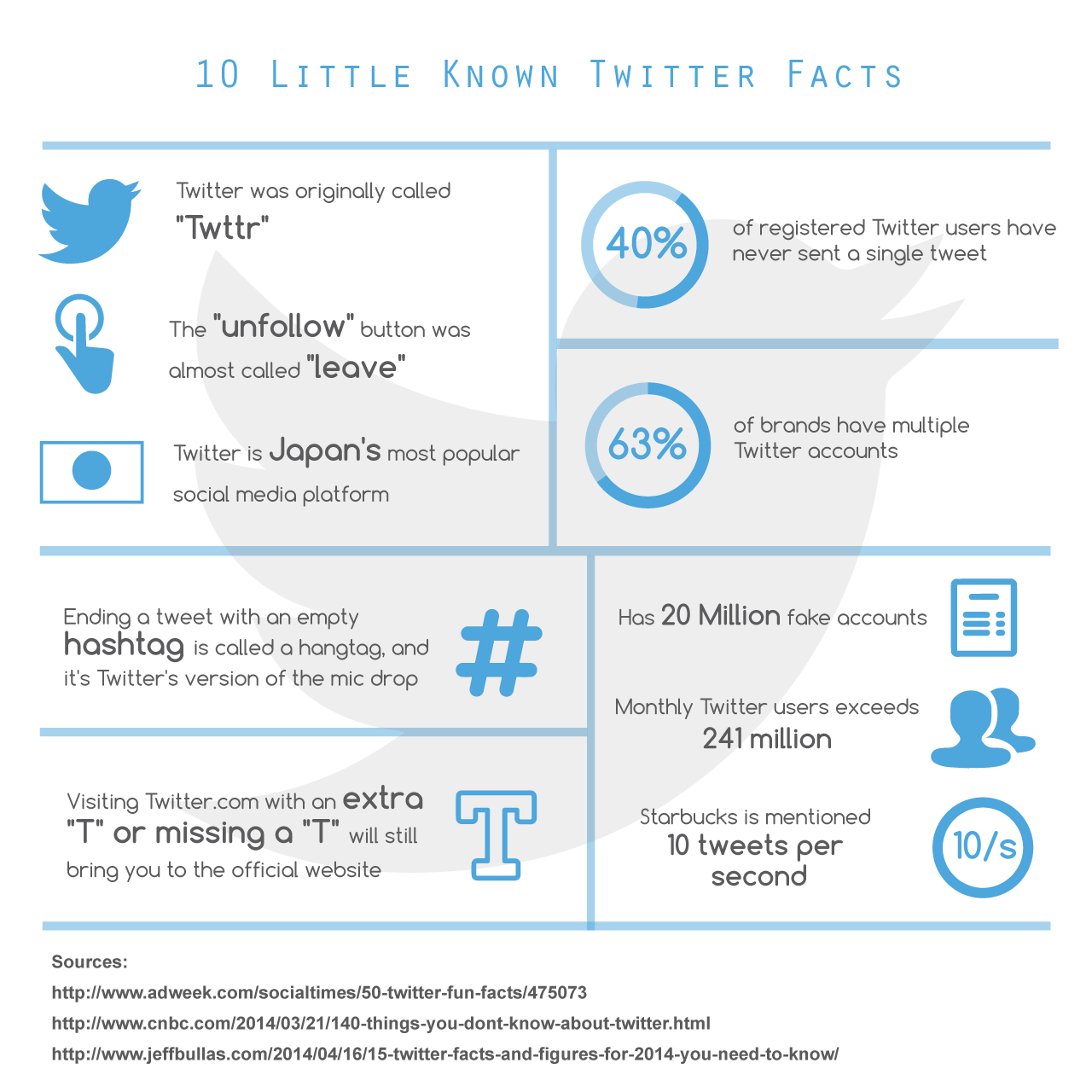 Twitter is one of the most popular social media platforms, with over 300 million active users logging in at least once a month. While many users know the basics about Twitter, such as its 280-character limit for tweets, there are many interesting facts which most people won’t have heard about before. Whether it’s staggering statistics or fun facts about how this social media platform was created, here are the top 10 facts about Twitter.

Every single minute, an average of 350,000 new tweets are posted on Twitter. This equates to more than 500 million tweets per day. While it might seem like a large quantity, by comparison Facebook has an average of 3 million new posts per minute. That’s almost 10 times as many as Twitter.

The Vatican and the Catholic Church claims there are many things you can do to reduce your time spent in purgatory and become a better person. This includes helping others, giving to the poor and saying daily prayers. However, in 2013, the Vatican announced that another way you can achieve this is by following the Pope and keeping up with live events such as the Catholic World Youth Day on Twitter.

The hashtag was first introduced in 2007. Chris Messina is the person responsible for introducing the famous hashtag into our digital world. Hashtags are designed to help users connect to a particular theme or topic, and they are often used during events and conferences to help people find posts about the same thing. At first, there were doubts around whether the hashtag would ever become popular with internet users, since it appeared too technical and “nerdy.” However, as any user of social media knows, hashtags have now spilled out into Facebook, Snapchat, Instagram and advertising materials worldwide.

The Library of Congress used to archive all tweets. America’s Library of Congress started archiving all tweets in 2010. However in 2017 announced that it would start being more selective with the tweets that were archived. This decision was partly due to the increase in the number of tweets being posted. So the Library decided that it would retain only certain tweets for the interest and benefit of the American people.

The famous blue Twitter bird is called Larry. Even people who use Twitter on a regular basis may not know that the name of the blue bird is Larry. Although Twitter’s beginnings were back in 2006, Larry’s name wasn’t actually confirmed until early 2012. While people had questioned and speculated about whether Larry the bird had a name or not, it was confirmed in a tweet by Ryan Sarver, a Twitter manager.

Katy Perry has the most Twitter followers. Justin Bieber, Barack Obama and Taylor Swift all boast millions of followers and are up there with the top 5 most popular Twitter accounts. But Katy Perry is the one who claims the crown as of 2019. Katy Perry joined Twitter in 2009, and as of 2019, has 107 million followers.

However, many people have noted that a large percentage of celebrity followers are often fake accounts, and Justin Bieber’s following is only thought to be 50% real accounts. In addition to the issue of real and fake accounts, many users on Twitter who follow celebrities are not very active or have ceased to use Twitter completely

The very first tweet was posted on March 21, 2006. Jack Dorsey, one of Twitter’s co-founders, was the first person to post anything to Twitter. Back in the day, the founders would refer to it as “twttr,” following the trend of the early 2000’s in removing the vowels and shortening the word.